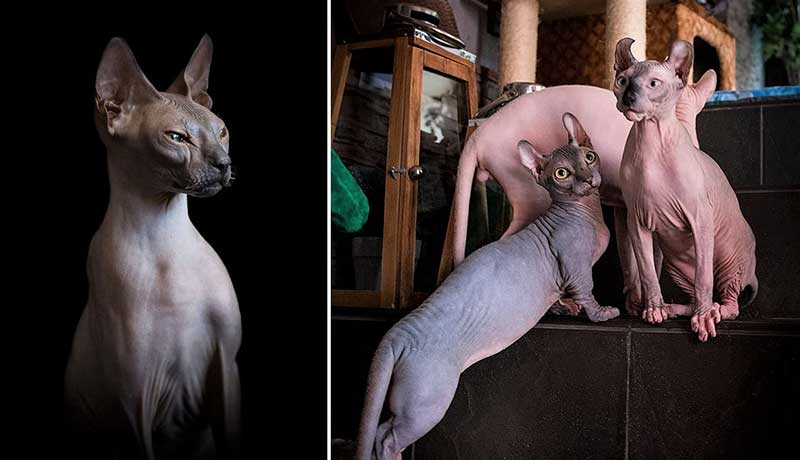 All of us adore cats and happy to stroke their fluffy bodies. There is great amount of cat breeds all over the world, but some of them occur rather rarely. In this article, I’m going to show the top ten of these rarest cat breeds.

10 Rarest Cat Breeds in the World

We all know what a Persian looks like, or American Shorthair. However, do you know what a LaPerm is? An Elf? They are some of the rarest cat breeds in existence today!

So, get ready for the flow of cuteness.

This beauty appeared in the ’90s after a cross between a Bengal cat and an Oriental Shorthair cat breeds. Serengeti cat has two distinctive features which make it very attractive to the owners. They have an outstanding appearance and a very joyful and playful personality. In spite of having a look like a wild African cat, these cuties are very affectionate and loving towards their people. Besides, they are always full of energy and are very suitable for families with children. And of course, their spotted coat looks very unusual.

Looking at this cat you can guess that it is a mixture and a very unusual mixture. They first appeared in Boston, and are the combination of Hairless Sphynx and Short-legged Munchkin. Those Sphynx cats are rather popular nowadays, small munchkins are still very rare. Minskins refer to miniature cat breeds and they are kid-like forever. They often don’t have any hair at all, sometimes they have but very little. And one more extraordinary feature, their tail can be longer than their body.

As for Minskins character, this cat easily gets along both with people and other pets, even dogs, besides they are very sociable.

One more very rare cat breed is Manx. Manx is one of the oldest cats in the world. The name comes from the place where they appeared, Mane Island. There are a lot of beautiful legends about the origin of this breed, one of them is that the breed came from one of the ships of the Spanish Armada that sunk off the coast of the Isle of Man in 1588. Manx’s are completely tailless, and in spite of being nor very big in size, they are rather stocky and heavy as they have heavy bones. These cats have short hair but double coat, so their fur is thick and dense.

As for the character, makes us seem to be never angry or upset, and they adore their owners.

The Kurilian Bobtail is one of the rarest cat breeds. These cats haven’t lost their tails through selection as many other tail as breeds, they have no tails naturally, and appear naturally too without any interference of people. Their history can be traced at least 200 years to the Russian island of Sakhalin, and the Kuril archipelago for which they are named. So if these cats are great hunters and very good for keeping in open spaces where they can be free, it’s not in flats.

Though Kurilian Bobtails are a very popular breed, they are also extremely rare. This makes them pretty expensive.

Burmilla cat breed is astonishing and very rare too. This marvelous beauty appeared not as a result of breeders’ efforts, as crazy as this may sound. This cat breed came to be very accidentally in the United Kingdom during the late 1980s. A janitor of one house just left the door open and two kitties of a chinchilla Persian and the Burmese breed met. The kittens were so adorable that the owners decided to make it a new breed. Burmillas have beautiful greenish eyes and distinguishing sparkling silver coat but they can be of different colors. They also have a dark lining around their eyes, lips, and nose that makes their facial features extraordinarily picturesque.

As for the character traits, they are sociable, curious, and playful. 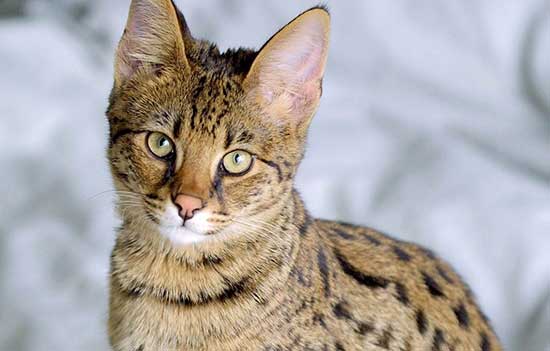 This gorgeous cat is a hybrid of an exotic wild cat called an African serval and specific domestic cat breeds. All the kittens, of this unusual wild-looking breed, are very much alike with their wild ancestor. These cats are really rare, as there are a lot of difficulties with breeding. The kittens of the first generation after a cross need round clock care, sometimes they have to be incubated in bottle-fed.

Grown-up feline has very small litter and the meeting is also very problematic. And only the fourth or fifth generation savannah cats lack these problems. So every kitten of this breed is worth a lot and there are very few breeders of these cats in the world.

But not all the cats on my list appeared as the result of crossing or breeders’ efforts, in some cases people prefer to take beautiful cats from nature and tame them. And here are the great wild caracal cats. It is one of the rarest cat breeds even in the wild and is considered to be an endangered species. Long-time ago, Caracals could be met in the deserts of Africa and Asia but now it’s almost impossible to see them. Thanks to breeders, these cats have a chance to survive but now as domestic cats. Caracals have astonishing fur and their typical feature is long black ears with Tufts on the tips like lynxes have. The name Caracal comes from Turkish, and means black ear. All the kittens have spots on the fur, like lion, or leopard cubs.

In spite of being a wild cat by Nature, Caracals are very tender and devoted to their owners. As they are not changed by breeding, Caracals are rather easy to take care of and of course, they’re very big if compared to domestic cats but very cute and playful.

I open the top 3 of my list, rarest cat breeds, with this fantastic creature, the Elf cat breed is very very rare. The first kitten appeared after crossing Sphinx and American curl breeds, and now only 10 American families have them. These adorable kitties have ears that curl back into place much like elves from fantasy books. Another typical feature is hairlessness like sphinxes have, these cats are very friendly and intelligent. They are extremely loyal and are always near their owners.

Besides, they have much less healthy problems if compared with sphinxes and of course, their wrinkled body is pretty cute.

One more case of natural breeding led to the appearance of this wonderful cat. LaPerms are originated from an Oregon farm cat in the 1980s. Since then breeders haven’t succeeded in creating the accurate copy of the first kitten yet. And every LaPerm kitten is treated like a real precious thing. LaPerm cats are curly-coated, friendly, loving, and curious. Their coat, which varies in length, comes in all colors and patterns. LaPerm kittens can be born even bald or short-haired but wavy coat always appears when they grow over.

LaPerm breed cat has an inquisitive nature, loves jumping from Heights, and always wants to be involved in everything people are doing.

And the first place on my list takes the rarest cat breeds in the world, the Chinese breed called Dragon Li. In spite of not having any special features and looking like an ordinary cat in our streets, people all over the world are eager to get this kitty. In China, this cat breed is, in fact, thought as the earliest cat to be domesticated and is highly appreciated. People are sure that it was once a wild cat that self domesticated but Dragon Li cats were finally recognized as a breed by the cat fanciers association only in 2010.

Now there are so few that it is forbidden to take these cats across the border of China, there is a great queue for these cats even in China. So those who breed these unique cats are very rich people.

That’s all I wanted to tell you now, what cat breed do you find more interesting? hope you let me know in the comments below.

The Different Cat Sounds And What They Mean